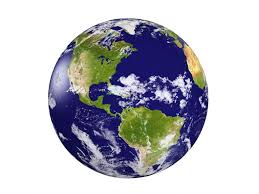 In computer programming classes, the first assignment in learning new language is often an exercise wherein the goal is just to get the program to put “Hello World” on the display – electronic notice that something new is on the way.  I am appropriating that concept for the first entry of what I hope to be a new, useful, and entertaining blog loosely centered on running.  My name is Brian, I live in Roswell (near Atlanta,) Georgia, and after many years of running, nearly as many years helping other people run, a bit of writing and a lot of helping to build a vibrant local running community, I’m hoping to extend that community on-line.

There is no shortage of advice for runners and running.  Some of it is amusing, some useful, and some of it bad enough to be dangerous.  This is not new — over 100 years ago, Mark Twain opined “Be careful about reading health books.  You may die of a misprint.”  In my own running, I’ve made enough mistakes to last a lifetime.  If sharing those mistakes can save others from the same fate, this is effort well spent for both me and the reader.  One unique aspect you will discover is my emphasis on spending your time and money wisely.  I took up running partially because it took little more than a suitable pair of shoes, and was productive exercise from the moment I stepped off my front porch until I returned.  Over the years, the time and money I’ve spent have increased, but I still try to get the biggest bang from every buck and the healthiest return from every drop of sweat.  For those less constrained by time or income (I’ve heard such folks exist, but not sure that I know any of them), I hope the information will be good enough, and the writing entertaining enough, to keep you coming back also.

Over the last decade, I’ve served as a running coach, run leader and facility coordinator for several training programs, including those run by the Atlanta Track Club.  Though I didn’t rediscover running until I was in my mid-40s, I worked my way into running at the local elite level and earned a spot at the starting line for the Boston Marathon in 2010 and 2011.  In the process, I’ve done some stupid stuff, rubbed shoulders with and learned from some other outstanding athletes, coaches, and sports professionals.  The brilliance of these other folks has made me acutely aware of how much I don’t know, while informing a training philosophy that has served me well, and helped hundreds of other individuals that I’ve had the pleasure to work with.  In these training programs I’ve helped to lead, improving participants’ running was actually FOURTH on my list of priorities.  Ahead of that was 1) Keeping our trainees safe and uninjured, 2) Keeping it fun, and 3) Building a sense of belonging to a community that would persist after the training period was over.  The order of those goals recognizes that broken people can’t run and those that don’t enjoy it won’t want to!  It’s a poorly-kept secret that running can be hard work and can be responsible for varying degrees of discomfort.  (One of the shirts that I wear to inspire and challenge those new to running says “My sport is your sport’s punishment.”) The payback has to be sufficient to make that time, that exertion, and that discomfort all worthwhile.  Among my goals here is to minimize the pain and maximize the payback!

Although running has a place in my life, it would be a mistake to think that running is my life.  Like most of you, I have other interests and responsibilities.  I have a family, other interests (including home brewing beer, music, and DIY home repair), a job, and other volunteer positions that compete for my time and other resources.  Juggling those demands is a significant task, all by itself – one that all of us have in common.

While this note is mostly about introducing me and this blog, future entries are mostly about you – your goals, your needs, your growth and your progress so I can personalize this blog to those concerns.  I can’t do that unless you talk to me.  Use the link below to send me your comments and questions.  Make this a conversation.  Send me your mistakes too.  Heaven knows that while I’ve screwed up more than my share, there are more mistakes out there, and each one has its own lesson that we can discover and pass along.  Go ahead, caller, you’re on the air!